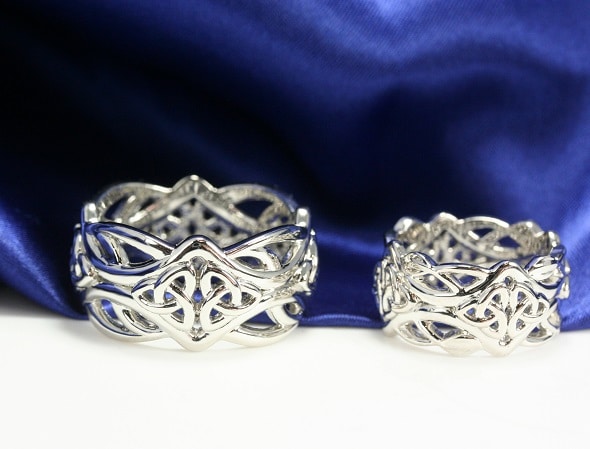 One of the most rewarding things we do is creating items that celebrate the wearer’s individuality.

We recently had the opportunity to create complimentary wedding bands for a couple to celebrate their Irish heritage. They wanted to incorporate the trinity knot, a well known symbol within the Celtic heritage, with open designs. After exploring various patterns, thicknesses, and shape, we created these two beautiful rings that are similar in pattern, but individualized to each of their preferences. Although these rings do not have stones in the design, the impact is just the same. The intricacy of both of the bands showcases the culture and the overall needs of what our lovely clients needed.

These platinum works of art will be worn with pride for years to come!

Leaving the old behind and embracing new beginnings is what the Pantone Institute had in mind in naming Greenery the color of the year for 2017.

Pantone has been naming a shade of color for every year since 2000. The Pantone Institute is very instrumental in PMS, color branding, and trend forecasting products. 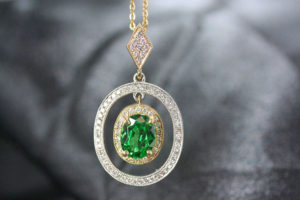 In fact, some companies own their PMS color… for example, UPS brown, Home Depot orange, and the yellow-green scheme that belongs to John Deer.

Did you know that Pantone for the first time ever named a shade after a character? You may be wondering just who the color belongs to… the Minions! Pantone, Illumination Entertainment and Universal Partnerships & Licensing collaborated to bring you a new hue of Minion Yellow. (We know this will thrill Alexis and Reagan as they are huge fans of the Minion movies.)

Finding a way to bring the great outdoors inside is the theme for the 2017 shade of green named Greenery. Many sources agree that Greenery is bound to grow wild like vines and cover itself in the creative world this year. Green feels refreshing as we spent the last year in an abyss of red and blue. Pantone’s newest shade Greenery will work its way to the runway, into makeup, it will be used in interior design and possibly even find its way to Karen our in-house designer.

How could you incorporate this new color into your life? Perhaps it’s time to start incorporating those peridot earrings, jades necklaces, and emerald rings in your #OOTD (Outfit of the Day). On the other hand, maybe the thought of new beginnings has you digging around in your jewelry box wondering how you can give new life to the items that are collecting dust.

Come by the store and visit with our staff about creating a green treasure of your very own! 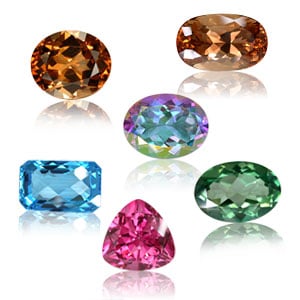 Today there is a standardized list of Birthstones; those gemstones were selected in 1912. Birthstones can be a great gift with special significance for loved ones or they can be used to represent the birth of a new baby. However, one thing we are consistently hearing clients say is “my birthstone just isn’t my color” or “I wish my children had more complementary Birthstones.” If you feel that way about your birthstone, you’re not alone!

Luckily, there’s more than one way to bake a cake.

Birthstones have been given as gifts for thousands of years, long before our 12-month traditional calendar was in use. Birthstones were once based on your zodiac sign. This is excellent news if you’re not happy with your birth month color.

In the coming months, we will be doing a story about each of the gemstones according to zodiac sign!

Below is a helpful chart to discover what designated sign you are if you didn’t already know or so that you are able to gift for someone else!

So often I hear about other jewelers creating “custom jewelry”, which is usually just a pre-manufactured mounting that they’ve set their stones (or a client’s stones) into. There are computer programs that pull from an existing manufacturer’s library, which is essentially plug and play to create a semi-unique combination, but again not shaped and proportioned to get ideal results.  There are even manufacturers that will stamp their pre-made product with a jewelers name and logo so the jeweler can claim it is uniquely theirs, when it’s not!

This is a glimpse into our truly one-of-a-kind custom process. 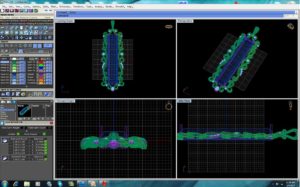 I spent a couple years playing around with some sketched concepts of a design I wanted to create with a unique two-colored tourmaline that I loved! The stone is an extremely long emerald cut that showcases the natural color transition, as well as some interesting natural inclusion characteristics of the tourmaline. I love the juxtaposition of curving fluid designs around the linear step-cut of the emerald cut tourmaline.

I worked on the CAD design of the pendant in-between projects for our clients for a couple months until it was exactly what I envisioned. Working with our jewelers, I made sure all the design nuance and detail was perfectly executed to create one of my favorite pendants!

We had hardly had the tourmaline pendant on display for a week when a client saw it and told her husband and friends about it.  Her husband, being sneaky about taking notice, called me the next day to inquire about the design, and coordinate acquiring it for his wife for an upcoming holiday. As expected – it was a hit!

It’s very gratifying to create beautiful items that I love, and so many others get to enjoy as well!  I am looking forward to designing and making even more one-of-a-kind creations this year.  Stay tuned and I will post more images as they finish! 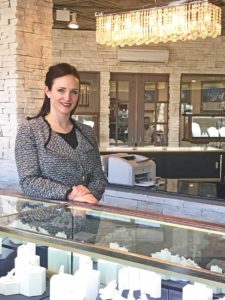 Life is busy, and time to shop is often hard to come by. Fine jewelry is something personal and very specific to each individual. Many clients struggle finding the time to come into our store.

The following story is an example of how our jewelry concierge service works. It’s just one example of the hundreds of projects we do every year where customers never come into our store but still get our personalized service.

Early last December, I received a call from a client in Texas who was interested in adding a complementary necklace to his wife’s jewelry collection. We had records of her ring, earrings, as well as preferences she had when choosing her previous items. It was a project concept we had played around with for a couple years, but we had never nailed down all the fine details.

Collaborating through email and phone calls, we were able to create a gorgeous necklace that matches the quality and characteristics of her other diamonds, and in a design she absolutely loved! It was a little stressful when the shipping carrier indicated a delivery delay (a concern we try to anticipate and ship early whenever possible!)

Fortunately, it arrived on time to make their celebration complete. It’s always exciting to be a part of those memorable moments with our friends and clients.

Whether a client lives down the street, across town or across the country, we’re ready and able to assist with any idea you have to make your special someone’s day and show what they mean to you. Give us a call or send us an email and let us show you what our friendly, professional, and creative staff can come up with for you!